Again, it's been a while since I've written a development update...

Turns out, I don't get to spend all my time doing gamedev these days. Working enough jobs to keep the bills paid continues to suck up most of my time. But that's indie game dev for ya.

Anyway, I've been on a bug crusade in my game engine the past few weeks. The engine (and the fledgling game I'm building on top of it) is running like a dream now. Almost all of the features work pretty darn well now and it doesn't even crash much anymore! I was planning on writing up a big state-of-the-union-type blog to get everyone caught up on all the new stuff, but instead, I woke up to some exciting news this morning.

Klei Entertainment (it rhymes with play), the beloved developers of Don't Starve, and Don't Starve Together, recently announced a new game called Oxygen Not Included.

The game features a space-faring race of humans who have arrived at a deserted asteroid to build a mining colony in a side-scrolling block-based 2D world. Humans arrive at the colony via interstellar portal and mill around for a bit until you give them something to do. Like digging around in nearby rocks looking for resources, or building machines to turn those rocks into far more useful stuff like breathable air, some kind of green edible goo, and the all-important ladders. 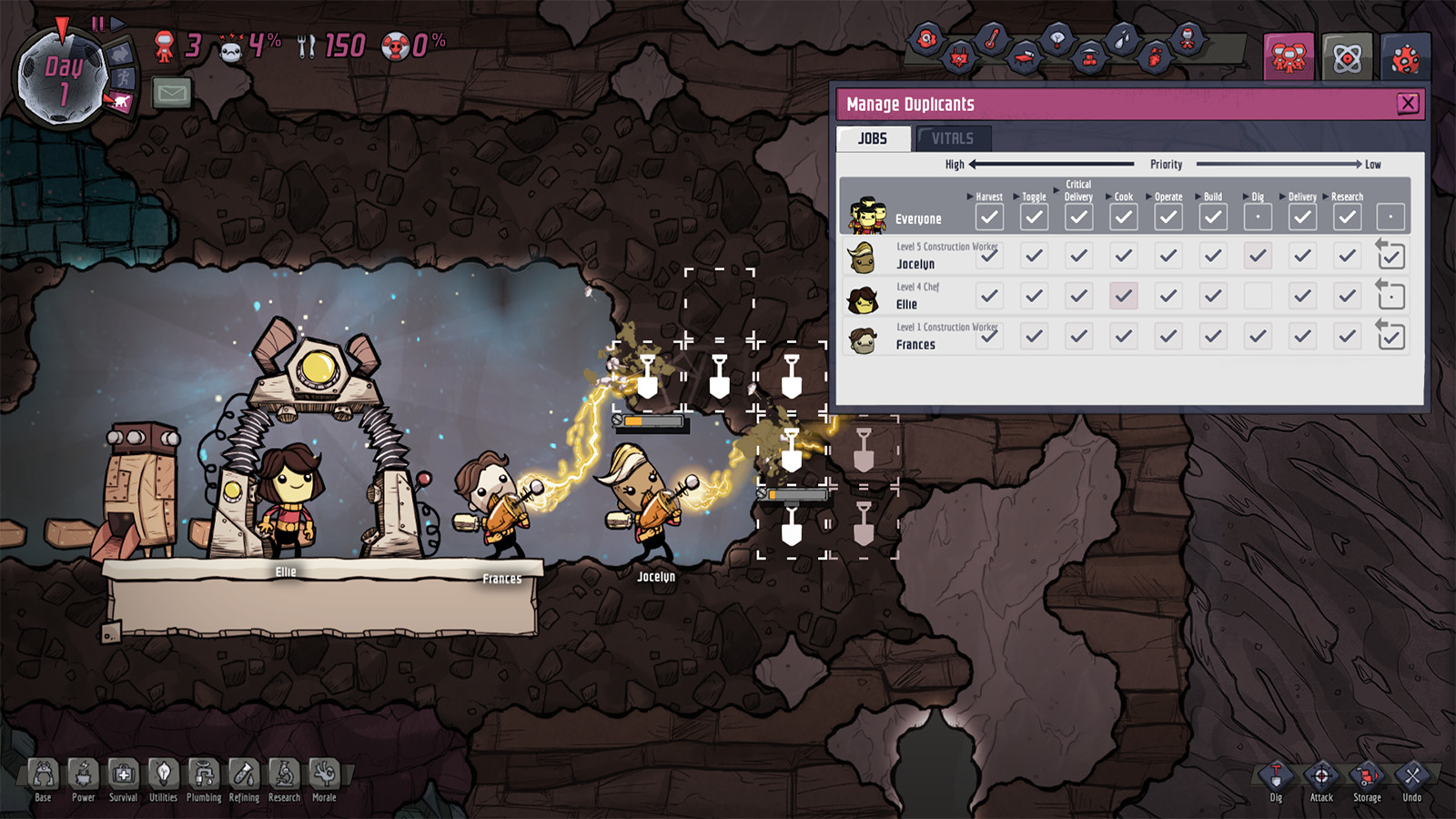 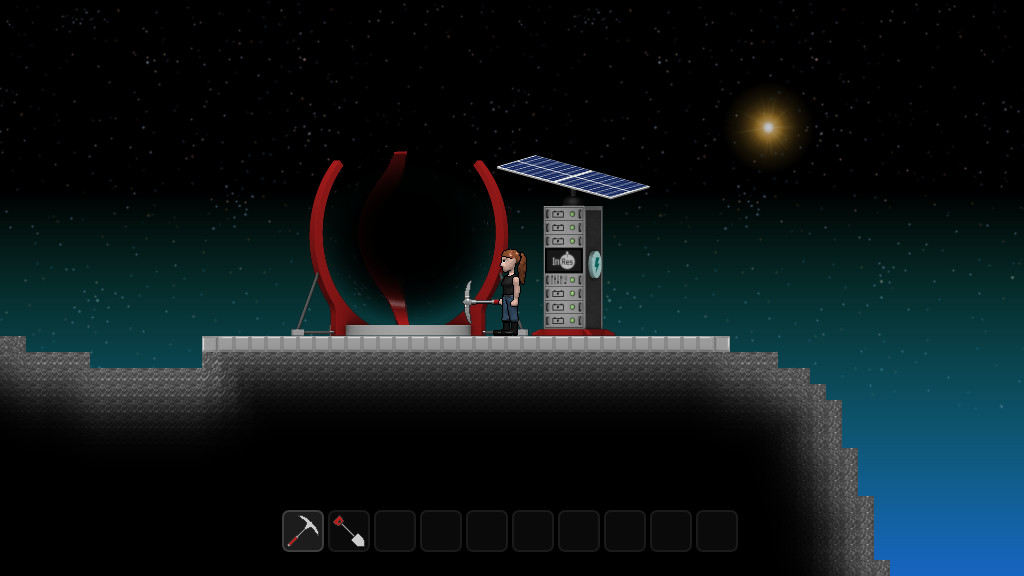 Riiight... I thought so too.

And it looks reeaaaly fun!

I mean, the game mechanics are deep and interesting. It's about using your creativity and the resources around you to build a Thing that accomplishes a Goal. It's not just another game about finding the biggest gun that sets everything on fire while simultaneously avoiding the ire of all the things that don't want to be on fire today. The graphics are whimsical, entertaining, and the just look darned pretty. Aaaaaand there's a 24 minute gameplay demo showing that most of this stuff actually works already!

The game looks super fun and I can wait to play the crap out of it when it's ready!

But it's almost exactly the game I designed and started building. =(

Sooo... where does Non Essential Personnel go from here?

I think it's safe to say the build-your-own-mining-colony-out-of-blocks genre is going to have a very strong contender in it for the forseeable future. It would be madness for a lone indie developer to directly compete with what already looks to be a masterpiece in the making.

I mean, sure... it's not exaaaactly the same game I'm making. I mean, their game isn't cross platform (as far as I can tell). They're not even supporting multiplayer, much less cooperative multiplayer. And I doubt they're really thinking much about the modding scene at the moment.

But still, even if I release a cross-platform co-op multiplayer game with strong modding support in the build-your-own-mining-colony-out-of-blocks genre in the next year or so, is it really going to be better than Not Enough Oxygen?

If we're being really honest here, I very much doubt it.

So does that mean I'm abandoning Non Essential Personnel?

Luckily for me, the idea fairy has been kind and I've been sitting on a backlog of game ideas that all revolve around a similar theme. This particular theme is the reason why I've been working so hard to develop my own engine technology and tools pipeline. All these tools I've built so far make it easier to make games in the build-an-X-out-of-2D-blocks-and-play-it-with-your-friends genre, for varying definitions of X.

In fact, that was the whole point!

I want to see a world with more games in it about creativity and building, rather than finding the biggest gun and exploding all the things game devs created. Things whose only purpose in the universe was to explode.

I want to see more games about creation instead of destruction.

Sadly, the build-anything-at-all-out-of-blocks genre is tragically underpopulated. There are a few excellent examples, but I'd like to see more, and I don't think I'm alone. Yet, the jump-over-bottomless-chasms-and-collect-shiny-objects genere is so overpopulated, people are calling it an apocalypse. 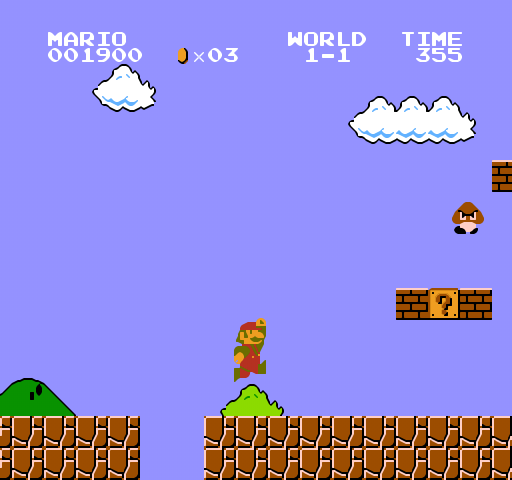 I'd wager the main reason for this is that games where the players get to be creative are much harder to make than games where the game devs do all the creating. And the easier games get made first.

That means this will be my last development update for Non Essential Personnel.

I have some ideas I'm pursuing for the next X, but I'm not ready to say anything about that just yet. Stay tuned.